All About Disney’s The Little Mermaid

I fell in love with Disneys The Little Mermaid from the very first time that I watched it way back in 1990. I am not sure whether it was the magical songs or the feel-good story line that did it for me, but here is some history and things that I am sure you didn’t know about Disney’s The Little Mermaid Movie. Disney’s The Little Mermaid is an American animated musical fantasy that was released in 1989. It was produced by Walt Disney Feature Animation and Walt Disney Pictures and is still popular to this day. Every child I ask knows who Ariel is.

The Little Mermaid was the 28th Disney animated feature film. It is based on the Danish fairy tail from 1837 that was written by Hans Christian Andersen. The Disney version of this story is far more romantic than the original tale, which as I recall had rather a depressing ending.

The film was directed and written by Ron Clements and John Musker. It was produced by John Musker and Howard Ashman, who also wrote the film’s songs along with Alan Menken.

The voices you hear in the film are those of Jodi Benson, Christopher Barnes, Samuel Write, Pat Carroll, Jason Marin, Kenneth Mars and Buddy Hackett.

Walt Disney originally planned to put the story in a package film that contained Andersen’s stories, but then scrapped the project in 1985 while working on The Great Mouse Detective.

Clements and Musker decided to adapt the fairy tail and proposed it to Disney’s Studio Chairman Jeffrey Katzenberg. Their request was declined at first as it had too many similarities to the Splash sequel, but then it was approved and they brought in Ashman and Menken. There was also the worry that the film would only appeal to a female audience, but then it was realized that this film could become a Disney Blockbuster hit.

Disney’s The Little Mermaid was released on the 17th of November 1989 to critical acclaim, and the film earned praise for the animation, characters and music. It garnered $84 million at the domestic box office during its initial release and additional $235 million in total lifetime gross worldwide. The release also marked the start of the era known as the Disney Renaissance, and it won two academy awards for best original score and best original song (Under the Sea).

What Is Disneys The Little Mermaid About?

The story revolves around 16 year old Ariel (one of the official Disney Princesses) who is a mermaid who dreams of becoming human and having legs instead of a tail. She collects human artifacts in her grotto and ignores the warnings of her father King Triton who is the ruler of Atlantica, that contact between humans and merpeople is forbidden.

One evening Ariel, her fish friend Flounder and Sebastian, who is her fathers adviser, travel to the ocean surface to watch a birthday celebration for Prince Eric. She falls in love with Eric after watching him for a while, which leads her into a devil’s pact with a witch named Ursula. She lets her become human in exchange for her voice.

When a sudden and violent storm arrives and wrecks the ship, Ariel rescues Eric and brings him to shore. She sings to him and leaves as he regains consciousness to avoid being discovered. Eric is fascinated by the memory of her voice and vows to find the girl who saved and sang to him.

Triton sees the change in his daughters behavior and questions Sebastian. He is outraged and goes to Ariel’s grotto and destroys her collection of artifacts. After he leaves two eels – Flotsam and Jetsam convince Ariel to visit Ursula the sea witch.

Ursula makes a deal with Ariel promising to transform her into a human for three days in exchange for her voice, which Ursula puts in a nautilus shell.

The spell will only be broken if Ariel gets Eric to kiss her. Then she will remain a human forever. Otherwise, she will become a mermaid again and belong to Ursula.

She is given her human legs and taken to the surface by Flounder and Sebastian where Eric finds her on the beach and takes her to his castle. He is unaware she is the one who rescued him earlier.

Ariel spends time with Eric, and at the end of the second day, they almost kiss but are thwarted by Flotsam and Jetsam. Ursula is furious at Ariel’s close success, so she disguises herself as a beautiful young woman named Vanessa and appears onshore singing with Ariel’s voice. Eric recognizes the song and, in her disguise Ursula casts a hypnotic enchantment on Eric to make him forget about Ariel.

Scuttle the seagull and a friend of Ariel’s discovers the true identity and informs Ariel who pursues the wedding barge. Sebastian informs Triton, and Scuttle disrupts the wedding with the help of various sea animals.

In the ensuing chaos, the nautilus shell around Ursula’s neck is destroyed, restoring Ariel’s voice and breaking the spell over Eric.

Triton then agrees to take Ariel place as Ursula’s prisoner giving up his trident. Ursula declares herself as Queen of the seven seas, but before she can use the trident, Erick intervenes with a harpoon. Ursula attempts to kill Eric, but Ariel intervenes and Ursula kills Flotsam and Jetsam by mistake.

In anger she uses to trident to grow to a monstrous size and towers over Ariel and Eric as they reunite. She gains full control of the entire ocean and creates a storm.

Just as Ursula is about to kill Ariel, Eric commandeers a wrecked ship and kills Ursula by impaling her with its splintered bowsprit.

Now that Ursula is dead, Triton and the other polyps in Ursula’s garden revert to their original forms. Triton realizes that his daughter truly loves Eric, so he changes her from a mermaid into a human permanently and approves her marriage to Eric. 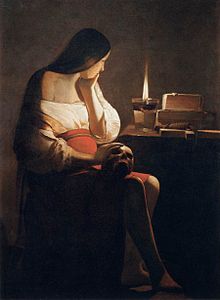 Hope you enjoyed reading all about Disneys The Little Mermaid.