What is Downtown Disney District? Let’s have a look and see what all the hype is about.

Where Is Downtown Disney District?

It opened on January 12th, 2001 and is a component of the Disneyland Resort expansion project alongside the Disney California Adventure theme park and Disney’s Grand Californian Hotel & Spa.

You can reach Downtown Disney via its Simba Lot (near Disney’s Paradise Pier hotel) or the theme park shuttles that run from the Mickey and Friends parking structure or Toy Story lot.

If you are staying off Harbor Blvd, just go through security as you would to enter Disneyland, and continue straight past the theme park entrances to enter Downtown Disney District.

What Is Downtown Disney District?

Downtown Disney is a walkable shopping, dining and entertainment area just outside the gates of Disneyland Park and Disney California Adventure Park.

Here you will find many trendy stores, delicious restaurants and family entertainment. In fact, with recent entertainment and restaurant additions, it’s better than ever! It’s a perfect nightcap after a day in the parks. It’s also a fun way to spend a few non-park hours.

Make way for more magic with unique eateries, upscale shops and exciting entertainment for Guests of all ages! You will find Downtown Disney District in California and it is a pedestrian zoe in Anaheim. It is a must see along with the resort’s two theme parks.

Along side open-air cafes, street musicians, soaring temples Disney style and boutiques, you will also find great eateries like La Brea Bakery Cafe if you feel like sitting under some leafy trees. La Brea is known for their many varieties of freshly baked bread, and they serve brunch until 3 p.m. and offers tasty dinner plates. La Brea is the closest restaurant to the theme parks and is worth the short hop over. Salad eaters have many healthy choices here too. There are also fresh sandwiches and entrees.

There is Naples Ristorante e Pizzeria if you love Pizza with an Italian feel or you could also venture out and try Catai for Mediterranean Cuisine.

If you are craving something from south of the border, then Tortilla Jo’s is the way to go. Start out with guacamole made tableside or some loaded nachos before digging into street tacos or especiales de la casa such as fajitas, carnitas or steak ranchera. It’s open for brunch (chilaquiles anyone?), lunch or dinner. Can’t decide which dessert to get? Start a Mexican Revolution with four mini samples. On Saturdays, you can enjoy the strolling Mariachi Divas.

There is also something for those of us who love sweet stuff. Sprinkles is the creative cupcake bakery that started the whole cupckae craze, but you must save room for some great ice cream from Salt & Straw, which is a family run ice cream shop specializing in hand made ice cream in seasonal flavours you will want to try (Sightglass Coffee Cashew Praline) for example.

Along with all the shopping, there is a lot of live entertainment happenning. Try Ralph Brennan’s Jazz Kitchen or go bowling at Rock n’ Roll themed Splitsville Luxury Lanes. There is also a Lego store and a Disney Dress shop, as well as a Disney Home Store to find pefectly themed decor for your pad. 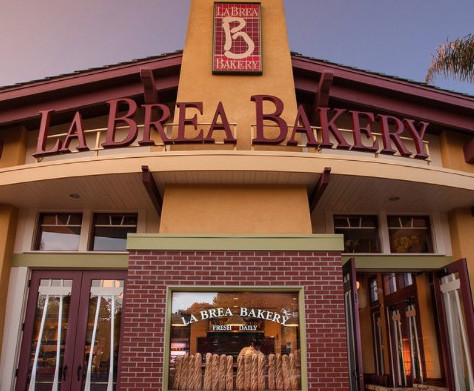 For those who love Sci-Fi, try Star Wars Secrets of the Empire, which is a total-immersion virtual reality experience with state-of-the-art 3-D imagery and sound. Teams of four, in VR disguise, can engage with their favorite Star Wars characters, as well as with one another.

Insider tip: You don’t have to have a ticket to Disneyland to visit Downtown Disney (admission is free). Plus no need to stress out over parking—it’s free for up to five hours with validation from participating locations. Get Creative With Disney