Who Is Lillian Bounds Disney?

In case you were wondering, Lillian Bounds Disney was an American ink artist at the Disney Studios, and the wife of Walt Disney, from 1925 until his death in 1966.

She was born on the 15th of February 1899 in Spalding, Idaho, in the United States. she grew up in Lapwai on the Nez Perce Indian Reservation. Her Father Willard worked as a federal marshal and a blacksmith.

Lillian was the youngest of ten children. The family struggled financially and her father dies when she was 17.

Lillian Bounds played basketball on the Lapwai High School girls’ team in 1917. After graduating, Lillian and her mother moved to Lewiston where she attended business college. After a year of studying, she then moved to Southern California in 1923 to live with her sister Hazel’s family.

Lillian worked as an “inker” of celluloid frames at Disney film studio, where she met Walt Disney. The two were married in Lewiston at her brother’s home on July 13, 1925.

The couple had two daughters, Diane Marie Disney (1933–2013) and Sharon Mae Disney (1936–1993), the latter of whom was adopted. Sharon also ended up adopting a daughter called Victoria.

The Disney’s ended up with ten grandchildren, 7 from Sharon and 3 from Diane. 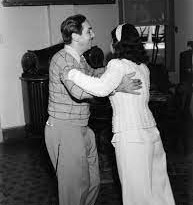 Her film career includes work as an ink artist on the film Plane Crazy.

Lillian is credited with having named her husband’s most famous character, Mickey Mouse, during a train trip from New York to California in 1928. Walt showed a drawing of the cartoon mouse to his wife and told her that he was going to name it “Mortimer Mouse.” Lillian replied that the name sounded “too depressing” and she was very proud to have suggested the name “Mickey Mouse” instead of Mortimer.

He also named one of the Disneyland Railroad cars the same in her honor.

Walt Disney Imagineering also created ‘The Empress Lilly’ which was a paddle steamer replica that was christened on the 1st of May 1977. Lillian was inducted into the Disney Legends in 2003. 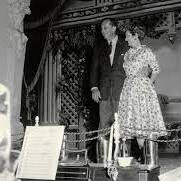 After Walt Disney died of Lung cancer on the 15th of December 1966, Lillian married John L Truyens from May 1969 until his death on the 24th of February 1981.

She pledged a $50 million gift towards the construction of a new concert hall in LA, but it only opened in 2003 after several delays as The Walt Disney Concert Hall, which was six years after her death.

She also helped fund the founding of the California Institute of the Arts.

She reflected on her 41-year marriage to Walt Disney in the 1990s by saying ‘We shared a wonderful, exciting life, and we loved every minute of it. He was a wonderful husband to me, and a wonderful and joyful father and grandfather.

Lillian Bounds Disney died on the 16th of December 1997 at the wonderful age of 98 after suffering a stroke in West Los Angeles, California in the United States, and was buried at Forrest Lawn. It was exactly 31 years after the death of Walt Disney.